Around the world, there are some incredibly strange and peculiar roads, which can make driving in other countries an interesting experience.

A lot of drivers believe that the UK’s roads are much more ‘normal’ than the roads that many other countries have, but actually, that’s not the case. While many of our roads are just plain and boring, we do have some rather interesting roads and road history in the UK…

Wondering what makes our roads special? Then read on to hear ten weird and wonderful facts about our roads.

Swindon’s Magic Roundabout has to be one of the UK’s most terrifying roundabouts to drive through. You have to see this to believe it. Made up of 1 central and five satellite mini roundabouts, each connecting to the next, the Magic Roundabout is on the map as one of the UK’s most terrifying roads. It’s hard enough navigating one roundabout, let alone navigating up to five in one succession.

On the upside, because this network of roundabouts is so confusing, traffic moves incredibly slowly, which means that there are hardly ever any accidents, which is a bonus of having such a complex roundabout system in place. 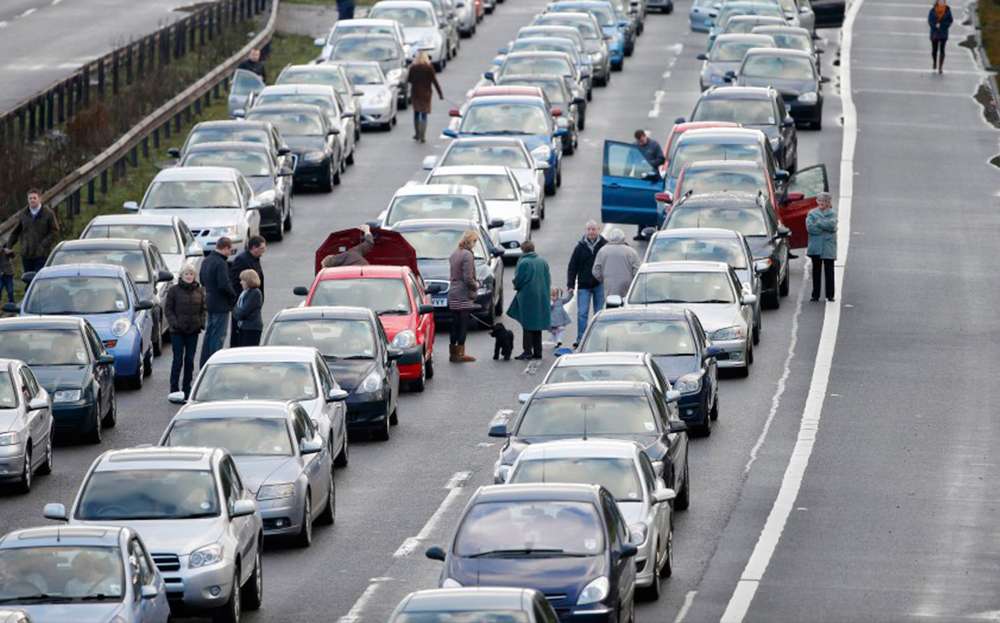 Is there anything worse than being stuck in a traffic jam? Being sat on a road, surrounded by other cars, waiting to be able to move is incredibly stressful, especially when you are desperate to get to wherever it is you are going.

The UK has seen some incredible traffic jams, from roadblocks caused by farm animals on the lose to horror crashes leading to a road being closed for hours, there have been some truly terrible traffic jams in the UK, many of which have made it into the world record books.

According to the Guinness World Book Of Records, the worst ever traffic jam to date was on the 5th of April in 1985 when there was a 40-mile hold up on the M1, which snaked all the way from junction 16 to 18, leaving hundreds of motorists trapped in their cars for hours.

The UK is blessed with lots of rude road names, some of which even contain swear words – shock, horror – but of all the rude names there are, nothing is more offensive than ‘Dumb Woman’s Lane’ in Rye. This sign might be construed as being rude today, but its history says otherwise.

According to local myth, the lane was named ‘Dumb Woman’s Lane’ because a ‘dumb,’ (mute) woman lived there. The story goes that her tongue was cut out by smugglers, to stop her telling people what she had seen them smuggle. A somewhat scary explanation for a rude street name… 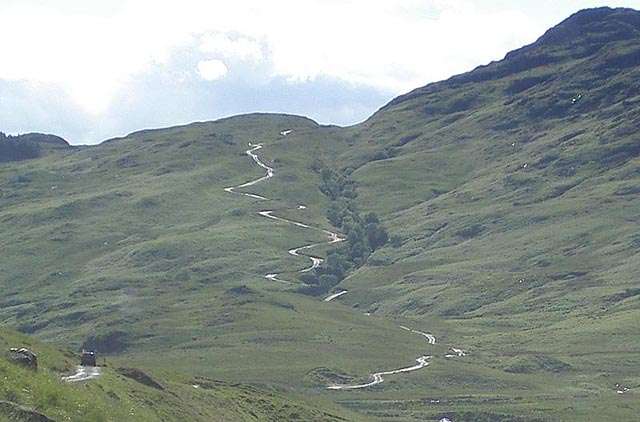 The UK is somewhat hilly, which means that we are blessed with a lot of steep roads, many of which can be daunting to navigate. However, there are none that are any steeper than Hardknott Pass in Cumbria at a gradient of 1 in 3 (about 33%).

The road was popular with the Romans, who nicknamed it ‘the tenth highway’. Aside from being used by the Romans, it was also used in the middle ages for moving goods up and down, but it took a long time for it to be deemed safe as an actual road for cars to use, due to how steep it is. It’s not just steep either, it’s full of hairpin bends and drops, making it one of the UK’s most dangerous roads. If you can, it’s probably best to avoid this stretch of road.

There are a lot of roads that are said to be haunted in the UK, from ghostly appearances to strange feelings coming over them, there are many roads that a lot of drivers refuse to go down through fear of being haunted. Surprisingly, one of the country’s most haunted roads isn’t a windy country road in the middle of nowhere, but the M6. From images of Roman soldiers marching along to deranged women screaming on the side of the road, the M6 is well known for the hauntings that take place along it. Usually, these appear in the dead of night when drivers all alone on the road, but sometimes they pop up during the day as well. Drivers with a nervous disposition, beware!

Named after The Cat and Fiddle Inn on the road, Cat and Fiddle Road is known as one of the UK’s most dangerous (and deadly roads). Running through Derby, Buxton, and Cheshire, this road is famous for its hairpin bends and sharp corners and is one of the country’s most deadly roads – many of the accidents that take place here are caused by careless drivers and motorcyclists driving too fast. There are safety measures in place on this road to help prevent accidents, but it continues to be the most dangerous road in the whole country, so there must still be a problem, mustn’t there?

The Ridgeway is the UK’s oldest road – it dates back over 5000 years. It may not be the first Tarmac road, which was built in 1902 in Nottingham, but the Ridgeway is the oldest ever road in the UK. Running from Wiltshire to Berkshire, this road has been used for thousands of years and still continues to be used today. 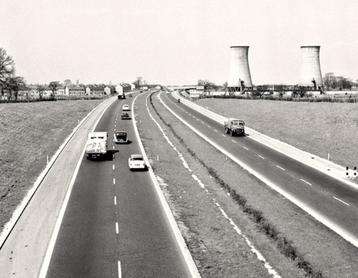 The UK’s first motorway opened in 1958 and stretched for just eight miles – this was known as the M6 Preston Bypass. Although this was just a short stretch of motorway, within just a few years of this being built, motorways began stretching all over the country, making the foundations of the road network that our cars and logistics companies use today. 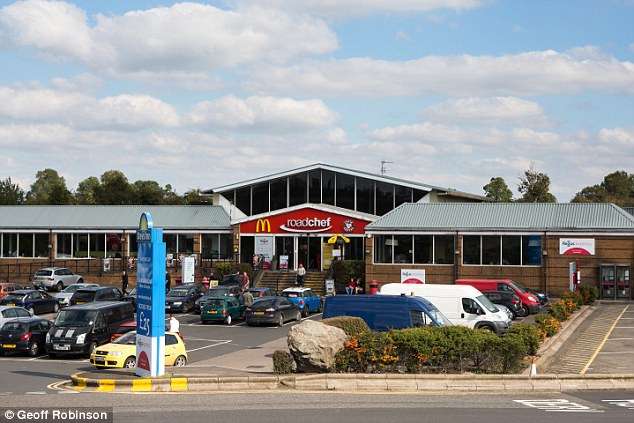 A year after the M6 opened, the first services opened as well. These services were called The Watford Gap and were so popular that families from across the country would visit them for a day out. Can you imagine planning a family day out to your local motorway services? It would be a bit strange, wouldn’t it?

Where would we be without Edgar Hooley?

Without Edgar Hooley, we would still be driving along dirt tracks instead of tarmac roads, as tarmac roads were his invention. In 1901, Edgar Hooley noticed a smooth area of the road next to an ironworks, he asked the workers what had happened and was told a barrel of tar had burst. A year later, he patented the process of heating tar and adding stones, to create tarmac. Can you imagine a road network without tarmac? Getting from A to B would take much longer and be much more dangerous.

So there you have it, ten weird and wonderful facts about UK roads.